5 Ways Prepping Can Save You Money 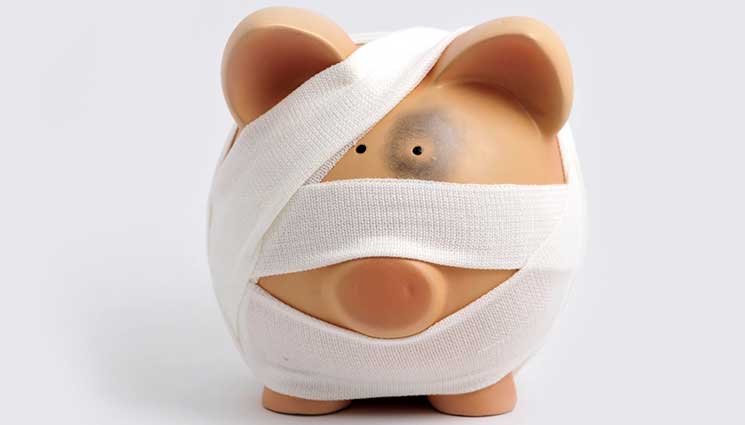 By Scott  – A Morefield Life

Many people think that prepping is only about acquiring a lot of stuff and in that light, could be expensive. This article will show you how the opposite is true and how prepping can save you money.

We’re by no means rich or even moderately well off, but we do believe strongly in living within our means. Granted, we’re probably not as strict on some things as Dave Ramsey would be, but on most financial matters we try to follow what we believe to be the spirit of Dave’s financial ‘school’ of advice. While he teaches specifics that any family who wants to get out of debt and attain financial freedom should follow, the basic things we have done to get and (for the most part) stay out of debt (except for our house, unfortunately) include some of his and even a few of our own – one of which is… prepping!

Prepping?!?! When most people think about prepping, they probably think about spending gobs of money on doomsday bunkers, 30-year freeze-dried goods, solar panels, and other expensive items. Sure, those are fun and, given a few truckloads of discretionary income, would be great things to purchase; but prepping, ultimately, should be a money saver first. We firmly believe EVERY family, on even the most modest of budgets, should take some basic prepping steps. We even recently wrote an article on just what exactly those steps are. But today, in case you’ve been considering preparing your family for the inevitable hard times to come but have been holding back for financial reasons, we’d like to explore five ways prepping can actually save your family money over the long haul.

How prepping can save you money

No matter what you buy, buying in bulk is usually less expensive.

This is often true whether you are buying raw ingredients or your favorite canned, frozen, or dried items. While it’s certainly important to check the cost per ounce, buying things in bulk, especially from a wholesale retailer like Sam’s or Cosco, is normally less expensive than buying things one at a time. Furthermore, seasonal, local, fresh vegetables from a co-op or local farmer’s market can often be less expensive than the grocery store (gardening yourself is even cheaper!). This could be the understatement of the century but… preppers like buying things in bulk!

For our philosophy of prepping and overall wellness, cooking from scratch is a key. It’s less expensive than eating out or even buying processed foods from the store. Basic rule of thumb: the more ‘hands’ (or machines) that touch the food, the most it costs.

Even buying that can of soup from the store is much more expensive than making the soup yourself. It’s not as hard as you think, but it does involve a lifestyle change, albeit one that is well worth it. Added bonus – cooking from scratch is healthier. Not only does processed food cost more, but it’s also usually less nutritious.

Prepping allows you to buy almost everything on sale.

Except for fresh items like milk, eggs, fruit, and the like, we rarely buy a food item that’s not on sale. Let’s say you want to make a nice chicken casserole from scratch one night for dinner. Great idea, except you don’t have any chicken in your pantry – so you go to the store, only to find out that the chicken you need isn’t on sale.

In fact, it’s marked higher than it normally is! Had you been prepping all along, you wouldn’t have run out of chicken in the first place, and the chicken you have in the pantry would have all been bought on sale. A smart prepper will pretty much clear the shelf when he sees a good deal (score!). After all, who knows when that deal will come around again?

See point #3 – how much time, gas, and vehicle wear and tear do those avoidable trips to the grocery store take?

Prepping in this way will help you eat healthier, and eating healthier will save you money in the long run.

The ancient Greek physician Hippocrates once said, “Let food be thy medicine and medicine be thy food.” Cooking and eating healthy ingredients from scratch is certainly not something only preppers do, but preppers who practice this will reap the same rewards. A healthier lifestyle = a healthier family = less medical expenses = more money in your pocket! Win-Win-Win-Win!!

It’s a no-brainer – prepping, properly and smartly done, can SAVE the average family money over the long haul. Then, later, maybe there’ll be enough for those doomsday bunkers and solar panels!

Excellent reminders! Prepping isn’t just for people that want to prepare for disaster, but anyone that wants to be more efficient with their time and money!