Are Preppers Just a Bunch of Scared Wimps? 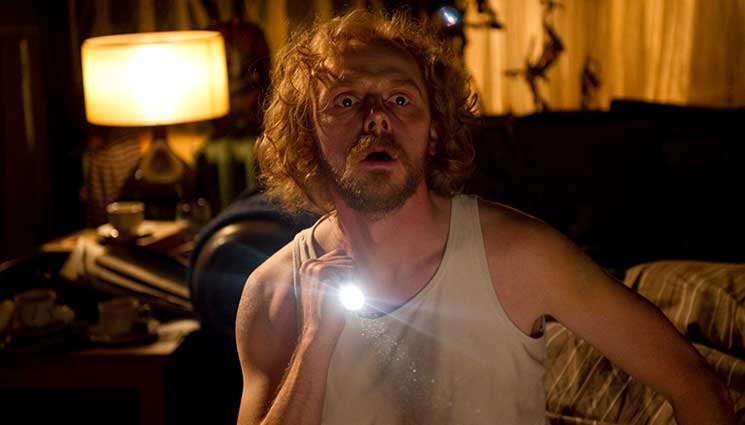 I had an interesting conversation with someone the other day regarding the subject of preppers. Actually, I wouldn’t call it a conversation really. Now that I think about it, I wouldn’t call it interesting either, but it did make me think and that is the reason for this post. My conversation was with someone who goes by the moniker “Anonymous” and their comments, while not a textbook example of how to effectively argue your point, were an indication of some thoughts that I imagine is shared by others out there.

It started simply enough. I had written a post that was re-posted on another site automatically through our RSS feed here at the Prepper Journal. The actual post was one entitled “20 Prepper Gift Ideas for Father’s Day” and was meant to be a semi-lighthearted approach to both a subject I care about and Father’s Day of which I am happy to participate in each year with my Dad. I fully appreciate that this was not a deeply philosophical nor a highly instructive post, but I thought it was timely and that was my only motivation for sitting down to write it.

Now, it is at this time that I met Mr. (I am assuming this is a man) Anonymous. He started commenting on this post and we quickly got into a small back and forth that didn’t last long, but during our “conversation” he wrote the following:

preppers are a mindless lot…

what else can you describe people who think hoarding an arsenal and a stock of food is going to save them from some sort of apocalypse by the government..

no im not talking about your bushfire precautions if you live in a forest.. or flood mitigation measures if your on a floodplain.. or u bunker in hurricane alley..

im talking about your mindless demographic.. the ones you profit from your fear mongering marketing..

I thought about this for some time today because I seriously disagree with what this person was saying to me but I can see how others believe as this person or have a similar opinion of Preppers. However, the only people who I believe could have this type of opinion are seriously delusional or are in near clinical denial of the facts of reality.

You Preppers are just mindless

Let me take his points one at a time with the first being “Preppers are a mindless lot”.

Mr. Anonymous went on to say that “its fear fear fear..” that is driving the prepping movement and this one I halfway have to give him, but not in the way he meant it.

For a lot of people, fear is a driving force in your preparations. Fear of Hurricane’s, fear of flooding, fear of earthquakes, of Tsunami, of Economic Collapse, of Government Tyranny. There are a lot of perfectly rational fears depending on your situation or location. Fear itself can be a good thing. I believe that God gives us fear as a warning sign. Fear can make you take action or cause you to be more cautious. Fear can get you to store up survival kits in case you need them. There is nothing wrong with a healthy dose of fear.

What isn’t healthy is how some people choose to react to fear. Mr. Anonymous believes that Preppers are somehow so driven by fear that they are wildly purchasing anything they can get their hands on without any common sense whatsoever. Why? Because they are scared to death of some boogie man that bloggers such as myself and news websites are creating. He seems to believe that Preppers are hiding in their homes cowering in the dark afraid to come out into the glorious light of day. In my years of following and participating in the Prepper community I know that is the complete opposite of how preppers behave.

Yes, we may have concerns, call them fears but fear is a motivator for us to take action. Fear motivates you to learn skills, to have some emergency food stored up in case there is a Tornado down the road that takes out the grocery store. Fear motivates us to have our own protection when the police are telling us that we can’t depend on them for safety. Fear is not something that is crippling preppers into spending all of their money on useless things they don’t need. Fear is motivating preppers to learn more, to investigate and form their own opinions on the world. Fear is guiding people to figure out what they need to do in order to protect their family instead of mindlessly believing what they see on the news every night.

This is how I look at it. Bloggers, magazines, books, news reporters, your friends, parents, people you know at church are all talking to you about life every day. This aspect of life (prepping) is what I like talking about for a few reasons.

This blog and almost every other blog I know out there are completely free. I am not charging anyone anything for the articles we write or re-post from other sites. I don’t believe I am profiting from anyone’s fear. Do we sell advertising? Yes, but how is that different from a news website selling advertising for soap? Is the news website profiting from your fear of dirt? What about the entertainment website who shows ads for shoes? Are they profiting from your fear of going without trendy footwear?

I don’t believe The Prepper Journal or 95% of the other blogs in the prepping and Survival world are about fear. I believe that the bulk of the content and the motivation behind the message is to help people think about how they can be prepared. I think that is the message we are getting across with The Prepper Journal, but I am confident that there are more Mr. Anonymous’ types out there. I only hope that with time we can convince you Mr. Anonymous that you too should be prepared, that there are things you can do, life isn’t something that just happens to you, fear isn’t always a bad thing and that there are a lot of extremely smart people who think the same way as me.

I really appreciate it.

This needed to be said and you have done it perfectly! Sharing to hopefully wake others up! Thank you!

Thank you very much Lewanna!

I understand his comments to be pure projection onto preppers. He is the mindless one trying to ignore good budgetting to deal with future concerns. He is the one who is afraid, who has fear, fear, fear. Preppers don’t need to fear as they are as prepared as they can be given their current resources. He is in the mindless demographic, who would, in all probability, try to profit from other’s fears. Otherwise he wouldn’t think of it as an issue.

I agree Hilary. It was a very odd response from someone who was out on a forum dedicated to Survival. Either he had a really bad day, he was a flaming troll or he was mad that he found himself in the wrong section of that website… 🙂