Are We The Last Generation of ‘WILD’ Humans? 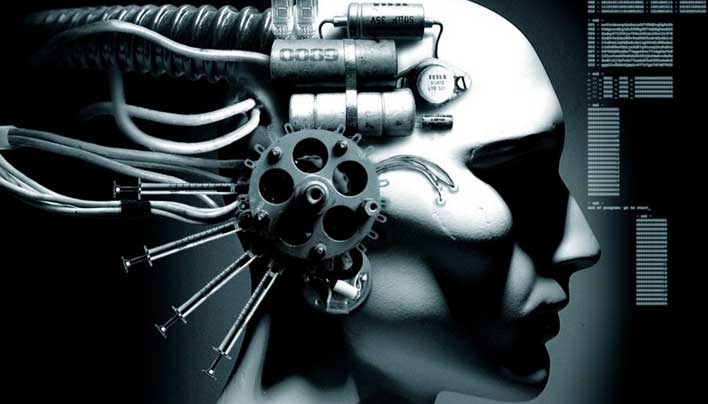 Could side effects from food additives, water fluoridation, GMOs, tainted air, and excessive vaccines cause people to become mediocre and lose their critical thinking abilities? Some new technologies could make living a ‘natural’ life challenging in the near future. In fact, according to the Strategic Social Initiative, (2045.com), scientists, technologists, and entrepreneurs support the forming of a ‘new evolutionary strategy’ for humanity. Could this become human evolution?

Up until now, people have been able to freely think, and go about activities of daily life. But what if the activities of daily life get altered as a by-product from the military-industrial complex to a point where thinking or having a natural body, eating real food, or breathing real air, stops? Imagine a robotic world of Frankenstein creations and biological machines, sometimes referred to as ‘trans-humanism’. This is a possible new paradigm for mankind where AI (artificial intelligence), and bionic body parts merge with our biology towards immortality.

Have you heard of biopharmaceuticals? Probably not on mainstream TV. This is a relatively new attempt at introducing medicines, into foods, through farming. There won’t be a need to discuss vaccine safety, or adjuvant cost-saving benefits. This process of genetic farming (not GMO food) has already started, for example with ‘golden’ rice. People could be automatically medicated.

Today we have chemically controlled people, ‘intelligent’ pills, and added body parts, such as hip replacements, etc. But, what if the near, very near future, technology promised more convenience than ever? Chances are, you might buy it. Imagine having just a little chip inserted into your hand or head. You could open your car door from afar, or turn your oven on before getting home for dinner, and even pay your bills. Sounds pretty good. But what could the consequences be?

On vacation, I took some photos of wild geese in a remote lake and when I edited the images, I was dumbfounded to see white plastic collars on their necks with imposing black numbers. These tracking numbers were RFID tags of sorts. RFID (Radio Frequency Identification Devices) is the technology that identifies and tracks things, animals and people.

Would you like the tracking of your health, body fluids, power usage, constant whereabouts, your personal thoughts or emotions, money, drinks, and food? It is coming, yes it is. . . unless, we the people, awaken and make some changes.

Already, the US Department of Agriculture demands that ranchers use RFID chips to monitor their livestock. Fusion centers are being built across the USA to store the collected data. Fusion centers? Today fusion centers are tracking billions of emails, conversations, and computer keystrokes per day.

Usually RFID systems consist of a transponder and reader. The reader is generally connected to a computer database. Currently there are beta tests being conducted in some schools, in Florida, Mississippi, Texas, and Louisiana where people are required to wear chipped identifications, etc. Tracking, surveillance, ‘smart’ things, (phones, cards, chicken), are in theory ‘keeping us safe’. Despite conveniences associated with RFID technology, it boils down to tracking.

But how safe are RFID chips? The word chip sounds innocuous, like a greasy potato chip. But, when thinking about it, what sort of memory, internal radiation leakage, do these have and what will they look like tomorrow? RFID technology is currently used on banking, library books, pets, cattle, autos, medications, and some humans (externally, such as for patient identification purposes). The replacement of bar codes is another application of RFID chips, for the stated purpose of expediting the ‘checking out process’.

When RFID technology is merged with nanotechnology (hundreds of computers on a hair strand), a more penetrating technology will emerge with implantable microchips, or radiating computers under your skin, designed to track everything. Besides your information ‘leaking’ out such as banking, social security numbers, health status, think about atomic sized ‘machines’, potentially going into your cells. Sounds a bit lethal.

Today we see tiny drones which are being studied, shaped like mosquitoes, or hummingbirds, combining tracking and bio-sensing data collection. We already have released into the wild, genetically modified mosquitoes. We are seeing increased GMO foods with nanotechnology, and medications are already being put in some food and water. This is today. There are far reaching implications and consequences in this emerging field. Stay tuned, ‘naturally’ as long as possible. The day might come when that option will no longer exist.

Anne Gordon is an RN, an Author, Researcher, and a computer artist. Fascinated with societies, and the future, she is drawn to medical health trends of tomorrow. What will health look like? Will we be more mechanical than spiritual? These are some of the concepts she is looking at. Many of her articles like her art, are slightly outside the mainstream box, aimed towards thought stimulation. She is also extremely curious about how the ‘business’ of healthcare, and wellness intertwine today.

Her artwork, is a combination of photography and painting, and is publicly shown. In her spare time, she teaches in a local community college.

This article first appeared at GreenMedInfo. Please visit to access their vast database of articles and the latest information in natural health.