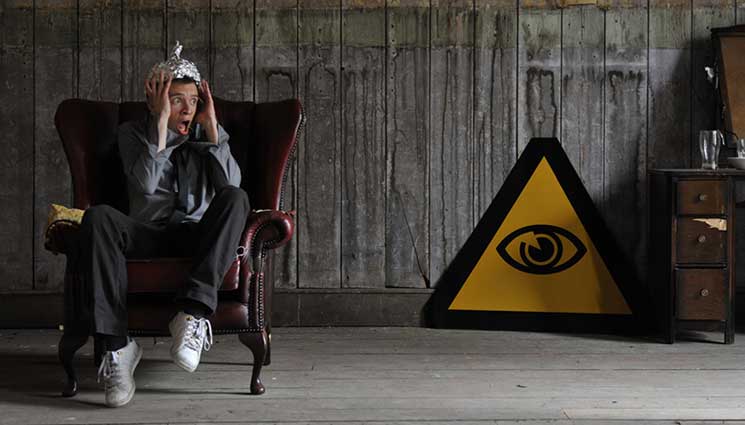 There’s a very old and astute adage by George Santayana stating: “Those who cannot remember the past are condemned to repeat it”.

How many times in the past have people condemned or criticized people that they didn’t understand for their beliefs or practices?

Let’s quickly look at just a few examples of what I mean:

In the colonial days predating our United States of America, there were women who were practiced healers, who used various extracts and potions made from various natural sources (plants and animals) to heal sick and injured people. The masses of ignorant people around them were quick to condemn what they themselves could not comprehend or understand, and called these early naturopaths ‘Witches’ and prompted rallied to have them burned at the stake.

Not more than 20-30 years ago, our so-called ‘modern’ medical institutes condemned acupuncture as hokum, and those who practiced it were labeled with many derogatory terms. Of course as of late, the masses have come to embrace the value of that ancient medical discipline.

In the movie ‘The Day The Earth Stood Still’, when the extra-terrestrial being emerged from his space ship, what did the ignorant masses do? Their first reaction was to kill what they couldn’t comprehend or understand. In reality, there are too many of those kind of people, some of whom are in places of power and or have the ability to influence many others.

Sadly, it seems that even today, we are still surrounded by people who are quite willing to demonize and condemn anything or anyone that they cannot understand, even if it is a function of their own lack of knowledge or ability. And possibly worst of all, some people are in fact intimidated by knowledge, and will openly or secretly lash-out against it.

I’m sure that some readers are already thinking that this is certainly the case with the perception of ‘Preppers’ by a lot of people, and I would have to agree, but that is not necessarily the focus of this article.

In the early 1900’s. Nikola Tesla (1856-1943) was working on an amazing project that would-have allowed people and households to capture useful amounts of energy from the empty space around them without using any wires. I am not referring to solar, wind or hydroelectric power. I am talking about energy derived from electromagnetic radiation at radio frequencies (RF energy).

Back in Tesla’s day, most people laughed and thought of his idea as ‘crazy’ and scoffed at the concept calling it insane. Not to mention that such a revolutionary idea was an affront to the wealthy industrialists who were mining the copper that would be used for wiring to electrify the nations of the world. Of course today, the long-distance high-voltage transmission cables that span the north American continent are the Achilles-heel of the national electrical grid, given their vulnerability to Geomagnetic storming.

Of course, there were a few people who realized the genius of Tesla’s ideas and inventions and realized he had knowledge of things well-beyond the comprehension of most people.

And even today, there are many people who still don’t realize that you can transmit and harvest electromagnetic radiation (not solar) and that RF energy is all around us and passing through most structures as well as our bodies on a 27/7 basis.

Here is a very enlightening video that makes this particular point clearly:

A few weeks ago, I posted a fun little video I found on YouTube that showed how to build a crystal radio from easy to find parts. A good skill to have indeed.

Maybe not so obvious to some people was the realization that the energy that powered that simple little radio was not from a battery or traditional power source! Instead the power was coming from the space around the radio that was full of RF emissions. In other words, the energy to run that simple radio was free to the user.

Here is that video again, in case you missed it the first time:

Here is another video that outlines another similar crystal radio, but this version is also able to power a small light, again, without any outside energy source other than the RF energy that is harvested from the space around radio using a tuned (resonant) antenna.

As we now clearly see; there is a lot of electromagnetic energy that exists all-around us and which happens to also be passing through our bodies, our organs and our brains 24/7.

A considerable amount of that energy is produced by man-made devices and systems, which have been introduced into our environment relatively recently in terms of the historical timelines related to the evolution of biologic systems. As a result, scientists are playing a desperate game of catch-up in their attempts to assess the effects of the myriad number of frequencies of electromagnetic/RF radiation that are being continuously transmitted through the tissues and cells of our bodies and those of all the organisms around us. This is daunting task, given that there are likely hundreds of thousands of potential cellular and chemical structures in the organic life-forms on earth, each potentially having a unique resonant frequency (the exact frequency that would stimulate a potential adverse effect).

Bioelectromagnetism is the field of study that relates to the affects and interactions between biologic organisms and electromagnetic fields. It is science-fact that electromagnetic fields can induce various effects in animals and humans, including changes in behavior. The experts in this field are just beginning to understand and realize some of the effects that are part of a much bigger picture.

There are relatively very few people who are cognizant of the foregoing situation, and who may be taking certain precautionary measures to protect themselves. Such behavior is logical and is obviously based upon solid scientific information, not unlike an x-ray technician who wears a lead apron, or places a lead blanket on a patient before giving an x-ray. (Note: Even though I am intrigued by the science, I have not started wearing any form of protection)

There are also some people who are cognizant of these same phenomena but are taking a less measured approach in prophylaxis, and hoping for the best. However as we have seen historically, hoping for the best doesn’t always pay-off.

Occasionally, you might actually see one of the people who are aware of the potential risks associated with the increased levels of man-made RF in our intimate living space and environment. These people are sometimes called the ’tin-hat’ people. Most of them are actually using metal shielding materials other than tin, which is usually camouflaged so that they remain ’stylish’ in public, where the protective shielding remains unseen by casual observers.

I have heard (and read) people make jokes about ’tin hats’ and the people who wear them. I would caution such people against making any such jokes; the people wearing the ‘tin hats’ may have the last laugh! This is the same paradigm with Preppers who are also sometimes at the brunt of many jokes, and who may also have the last laugh, so to speak.

Hello, Captain. Reading your comments on Tesla’s ideas for harvesting RF energy reminded me of the “engine” discovered by Henry Reardon and Dagny Taggart in Ayn Rand’s “Atlas Shrugged”. It was a motor that ran on harnessed atmospheric static electricity.
Do you happen to know whether any of Tesla’s research has survived?

There is quite a bit of his research that is that is unclassified and can be accessed in various locations. Many old patents are viewable online and be found by searching with Google using keywords ‘Telsa’ ‘patents’ ‘research’. There are rumors that some of his advancd cutting-edge research was seized in his apartment by various government agencies upon his death. Even today, the work he was doing over 100 years ago is being used in the most advanced, cutting-edge projects and labs…the implications of that are mind boggling! Cheers! Capt. Bill http://www.NauticalPrepper.com