Is The Takedown Of Gold A Sign That The Entire Global Financial System Is About To Crash? 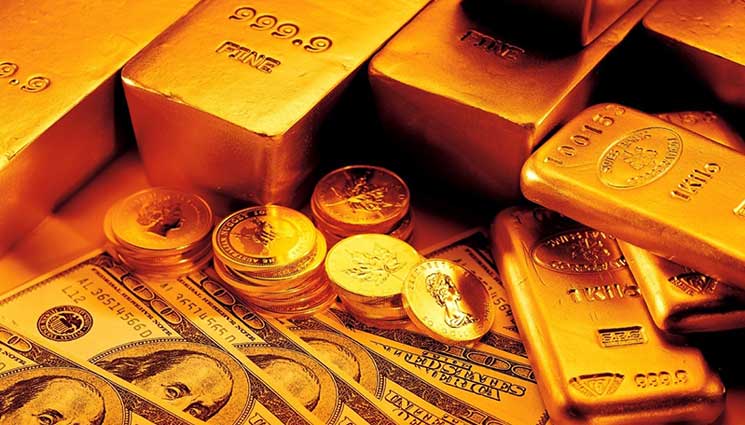 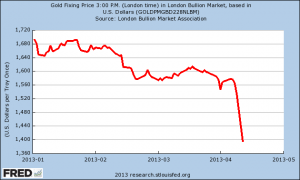 Somebody out there is sure getting prepared for something really big.  We have just witnessed a takedown of gold and silver unlike anything that we have witnessed in decades.  On Monday, the price of gold had fallen by more than 10 percent at one point.  It shocked investors all over the globe, and overall what we have just seen was the largest two day decline in the price of gold in 30 years.  The price of silver dropped even more rapidly on Monday.  It was down more than 14 percent at one point.  There was an atmosphere of “panic selling” as investors and financial institutions raced to liquidate their holdings of silver and gold.  But was this exactly what someone out there wanted?  As I wrote about the other day, big banks and news outlets all over the world have been boldly proclaiming for weeks that gold is entering a “bear market” and that now is the time for all of us to sell our gold.  In particular, Goldman Sachs reportedly told their clients earlier this month that they “recommend initiating a short COMEX gold position“.  Was that just a “good guess” on their part, or was something else going on?  Were they actually trying to help create a “selling frenzy” that would drive the price of gold much lower?

What we witnessed on Monday was absolutely jaw-dropping.  Just check out this chart of the price of gold over the past 10 years.  The takedown of gold on Monday sticks out like a sore thumb… 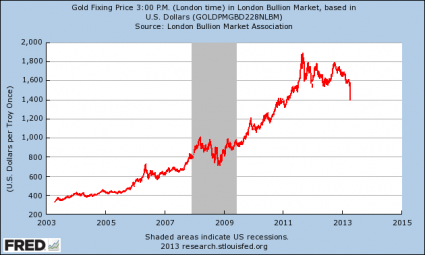 And that chart does not even show the full extent of the collapse.  As I write this, the price of gold is sitting at $1355.20.

But this is just the beginning for gold and silver.  As I have warned repeatedly, the price of gold and the price of silver will experience wild swings in the years ahead.

For example, the following is what I wrote about gold and silver on August 7th, 2012…

I like precious metals myself, but if you are going to invest you need to get educated so that you know what you are doing.  If you go in blindly you are likely to get burned at some point.

So if you are going to play the game you need to be able to handle the ride.

Monday was an example of what I meant when I said that “you need to be able to handle the ride”.  There are going to be a lot more days like Monday (both up and down) for gold and silver in the years ahead.

The foolish people are those that are scared out of their wits and that are selling off all of their gold and silver right now.

Sadly, there was reportedly a tremendous amount of panic selling of gold and silver during this collapse.  The following is what Dennis Gartman told CNBC on Monday…

“There are a lot of people throwing up their hands. Throwing positions overboard. Panic is everywhere,” Gartman said in a “Squawk Box” interview on Monday. “I’ve never seen anything like this. I mean it.”

It just shows that there are a lot of stupid people out there.  The following is an excerpt from another CNBC report about the panic selling that was happening on Monday…

“I think the last $20 has been margin selling. The market is falling like a knife. People are saying, ‘Get me out now,’ ” Phoenix Futures President Kevin Grady said. “You’re also seeing people selling energy profits to pay for metals losses. You’re seeing a tremendous amount of gold liquidation today.”

According to Dr. Paul Craig Roberts, Assistant Secretary of the Treasury under President Ronald Reagan, all of this panic selling is the result of an orchestrated takedown of gold and silver…

This is an orchestration (the smash in gold). It’s been going on now from the beginning of April. Brokerage houses told their individual clients the word was out that hedge funds and institutional investors were going to be dumping gold and that they should get out in advance.

Then, a couple of days ago, Goldman Sachs announced there would be further departures from gold. So what they are trying to do is scare the individual investor out of bullion. Clearly there is something desperate going on…

So who is behind all of this orchestration?  Well, according to Dr. Paul Craig Roberts, it is actually the Federal Reserve…

The Federal Reserve began its April Fool’s assault on gold by sending the word to brokerage houses, which quickly went out to clients, that hedge funds and other large investors were going to unload their gold positions and that clients should get out of the precious metal market prior to these sales. As this inside information was the government’s own strategy, individuals cannot be prosecuted for acting on it. By this operation, the Federal Reserve, a totally corrupt entity, was able to combine individual flight with institutional flight. Bullion prices took a big hit, and bullishness departed from the gold and silver markets. The flow of dollars into bullion, which threatened to become a torrent, was stopped.

In fact, Dr. Roberts says that former Goldman Sachs trader Andrew Maguire is reporting that the Fed orchestrated the dumping of 500 tons of naked gold shorts into the market on Friday…

According to Andrew Maguire, on Friday, April 12, the Fed’s agents hit the market with 500 tons of naked shorts. Normally, a short is when an investor thinks the price of a stock or commodity is going to fall. He wants to sell the item in advance of the fall, pocket the money, and then buy the item back after it falls in price, thus making money on the short sale. If he doesn’t have the item, he borrows it from someone who does, putting up cash collateral equal to the current market price. Then he sells the item, waits for it to fall in price, buys it back at the lower price and returns it to the owner who returns his collateral. If enough shorts are sold, the result can be to drive down the market price.

As Dr. Roberts noted, this represents an absolutely massive amount of gold…

If any of the allegations above are even remotely true, then a whole lot of people need to be criminally investigated.

Meanwhile, many are considering this takedown of gold to be an ominous sign that another major financial crisis may be heading our way.

Just remember what happened back in 2008.  As Zero Hedge noted on Monday, the price of gold suddenly plunged 21 percent in July 2008.  That was just a couple of months before the U.S. stock market crashed in the fall…

The rapidity of gold’s drop is impressive, concerning, and disorderly. We have seen two other such instances of disorderly ‘hurried’ selling in the last five years. In July 2008, gold quickly dropped 21% – seemingly pre-empting the Lehman debacle and the collapse of the western banking system.

Is this collapse in the price of gold a harbinger of another major stock market crash?

Meanwhile, many average Americans are wondering if they should dump their gold and silver while they still can.

Investing in gold and silver is not for the faint of heart.  If you cannot handle the ride, you should sit on the sidelines.  We are entering a period of tremendous financial instability, and holding gold and silver is going to be like riding a roller coaster.  The ups and downs are going to shake a lot of people up, but the rewards are going to be great for those that stick with it the entire time.