Bitcoin: The New World Order’s Plot For A World Currency? 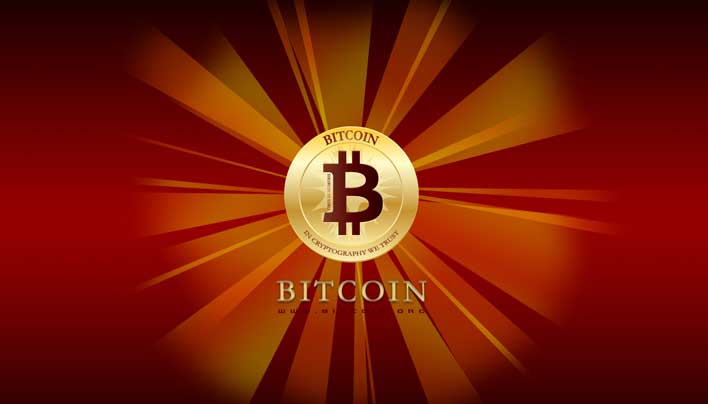 As a general rule, if anything is covered en masse by the mainstream media, then I tend to believe that which I am watching is actually one long promotional spot. The same could potentially be said for Bitcoin as over the past months its popularity has grown so much that “anarcho-capitalist…Libertarian…Freedom Fighter against mankind’s two biggest enemies, the State and Central Banks,” Dollar Vigilante Chief Editor, Jeff Berwick, has been on CNBC, CNN, Fox News, and BBC, and other mainstream outlets.

What brought on this sudden attention? No, not our anarcho-capitalism, but our announcement of the world’s first BitcoinATM.

So, is Jeff just a patsy so that the New World Order can bring in a digital currency? I began wondering this myself, and I came to what I think is a reasonable conclusion.

What is going on with Bitcoin?

What many skeptics fail to understand is that the so-called New World Order – with its global governance, fiat currencies and so on – has already, for the most part, been implemented on a global scale. Especially economically. For instance, 95%+ of fiat money today is digital, and it’s all based on the Federal Reserve System, thus creating one worldwide currency with lots of different designs on the actual notes supposedly representing the various cultural backgrounds of nation-states.

Despite nearly everything being digital already, there are mainstream technologies that go above-and-beyond, aiming to rule out the need for cash.

One particular app for this cashless society, above-and-beyond credit and debit, is called Square and was developed by Jack Dorsey, Twitter’s co-founder. According to CNN, “this is a telltale signs that the mobile-payments revolution has arrived.” CNN writes, as anyone who has studied American consumers know, “changing the way Americans pay for stuff is going to be really hard work.”

But Bitcoin is turning out to be a force to be reckoned with. For instance, in comparison to long-time friends of the liberty movement, gold and silver, Bitcoin seems to have been the play to make over the past six months and beyond. For months, besides today’s drop from $150-$115, after running to $150 from $105, our charts over at Gold Silver Bitcoin have shown a bimetallic standard precipitously dropping relative to Bitcoin.

The CNN article surmises that,

Paying by phone will be as transformative as the advent of the credit card in the 1950s. It will change the way we shop and bank. With powerful smartphones and tablets taking center stage on both sides of the checkout counter, it will reshape the relationship between buyer and seller. Not only will the phone or the tablet become a wallet for consumers, but it will also turn into a credit card reader and a register for merchants. Shoppers will use their mobile device as a coupon book, a comparison-shopping tool, and a repository of those unwieldy loyalty cards they carry from everyone from giant retail chains to the corner bakery. And your smartphones will serve as beacons that will alert a retailer when you walk into its store so that it can recommend products, show you reviews, or direct you to aisle five, where that beanbag chair you didn’t buy last week still beckons — and you can now have it for 10% off. You won’t even need a few singles to tip the valet or pay the dog walker, because they’ll take mobile payments too.

This basically explains the Bitcoin experience. One big difference? While CNN assumes a central authority, Bitcoin does not. With big players like AT&T, Verizon, Visa, Mastercard, Google, Microsoft, and eBay’s PayPal unit investing in billions in digital payment solutions, it is no surprise that the mainstream media is serving the idea to the public domain in kind and uncritical ways. One of their assumptions is a monopoly on the technology by some corporation friendly to compromising.

While the mainstream press has been unable to ignore Bitcoin, it certainly has been critical of Bitcoin being prone to hackers. Sure, a great many people have lost bitcoins. But, imagine if the general population had to become their own banks. Most of them would get eaten right away by sharks in the economic waters.

The CNN article champions the ease of digital transactions, and the time saved. Bitcoin is surely faster:

While this revolution will be powered by complex technology, its ultimate effect will be to greatly simplify things for consumers. Think about my experience at Grumpy. While I had to fiddle with my phone ahead of time — to upload my credit card to the Square app and to authorize it to talk to the Grumpy register — once there, the phone never left my pocket. All I had to do was order my cappuccino.

The article portends that “a cashless future is more real than many suspect.” According to the global head of mobile at Visa, “financial institutions are going to have a big role to play.”

“We are, I think, on a precipice of some fundamental change in the way money is exchanged between consumers and businesses,” Rep. Shelley Moore Capito, R-W.Va., said as she opened the first of a string of hearings one year ago on cashless ways.

The Federal Reserve found that 12 percent of cell phone users had already made a payment through their phones, and almost two-thirds of technology experts surveyed by the Pew Center on Internet and American Life said they expected mobile payments to eclipse cash and credit cards by 2020.

As the late Bob Chapman of the International Forecaster asked about gold and silver relative to fiat, “where else are you going to go” in a time of ubiquitous deceit? Bitcoin offers yet another alternative to what I’ve coined a “rebel’s portfolio” already heavy in silver and gold.

The pseudonymous nature (read: not totally anonymous) of Bitcoin does associate IPs with wallets. But, the paper-trail is a more obtuse alternative to the traditional bank account. The Powers That Be focus intensely on record-keeping; the historical record shows this, and so any added time-cost for their zeroing-in on you acts as the new privacy.

And so, there are fundamental differences between the digital payment technologies pursued publicly by TPTB, and Bitcoin. This is what caught the eye of so many tech-savvy and Austrian-minded individuals across the world, but largely concentrated in the US and greater North America. Now, with Bitcoin skyrocketing from $9.31 last Fall to $150 today, the power of the Internet has never been clearer.

Bitcoin is a bet on the Internet. And, if you read our recent TDV Homegrown issue, you might have learned something about the Egyptian experience with a government using the “Internet kill switch.” I wrote:

Over one year ago, the Egyptian government cut off approximately 88% of the country’s internet access. Here is what happened: The government-owned the biggest Internet provider in the nation, and only had to contact a few other companies to make this happen. The government ordered the shutdown of nearly all Internet access within Egypt. Ninety-three percent of Egypt’s networks went down. One of the only connections to the Internet that was not blocked belongs to Noor Data Network, the ISP used by the Egyptian (stock) Exchange.

I then went over some of the ways Egyptians worked around this Internet shutdown, as well as the likelihood of it happening in the US. The conclusion of the article was bullish for the Internet, for the Internet is a vibrant and evolving system. It is crucial to everyone’s way of life, and we see this with centralized and decentralized payment solutions. The Internet will continue to be defended by its users and impinged upon by its self-appointed overseers. It’s a battle in which any Dollar Vigilante would delightfully indulge.

Justin O’Connell, researcher at The Dollar Vigilante, runs Gold Silver Bitcoin and is a co-founder of BitcoinATM. He also writes at the Dollar Vigilante-inspired site, Silver Vigilante. Justin studied History and German Language at Linfield College in McMinnville, Oregon, where, in his spare time, he researched current events and their relationship to history. In his studies he has found that societies have been managed by philosophically-kindred ruling classes seeking persistently a singular, total order across the planet. Justin does not believe in government as a medium for human relationships, preferring instead the race of human ideas stemming from a diverse, vibrant culture.