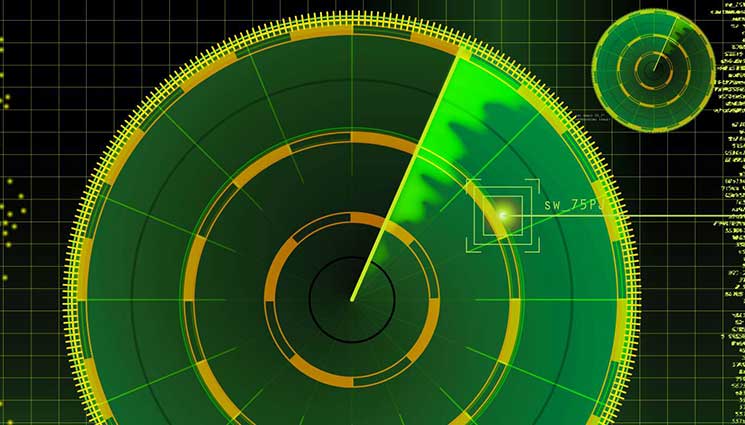 Surveillance and counter-surveillance skills are important for all Preppers, and in fact are the logical extensions of situational awareness…

The military and other agencies utilize many advanced technologies, the costs of which are beyond the budgets of the majority of Preppers. Examples of some of these technologies may be found at these links:

Of course in the course of a disaster and/or post disaster operations related to EMP, CME or a grid-down situation, much of this gear may become inoperable or impractical in the field. One problem will be related to powering some of these systems, which use dry-cell batteries, which will be in short supply. Many old-school methods, which are more robust in harsh conditions, may still be employable, and equally as important, more affordable to own and operate.

Preppers who intend to shelter in place, regardless of the methodology (house, cave, bunker, etc.) need to have some basic skills when it comes to surveillance and counter-surveillance. At its simplest; you need to be watching anyone within your area of operations, while at the same time, practicing/employing counter-measures such that you cannot be observed (your presence in the area must remain unknown).

Your area of operations may be a localized area covering only a few hundred yards out in all directions from an apartment complex or house, or in the case of a rural or wilderness facility, it may extend-out many miles from the facility, possibly in all directions, depending upon terrain. If for the moment we consider the surveillance required for an area that extends-out 2-miles in all directions from a facility (a 2-mile radius), then the total area that must be covered is just over 12.5 square miles. As we see, that’s a lot of ground to cover. Hence the need for an effective yet robust monitoring system that reduces the man-power requirements.

As some people know by now, I have been referred to as the ‘Nautical Prepper‘, which follows from the name of my book ‘The Nautical Prepper’ and the fact that I am an expedition sailor. That however should not be mis-interpreted to infer that my knowledge base is limited only to that particular paradigm. In some of my past occupational capacities, it was necessary for me to employ various surveillance and counter-surveillance measures to ensure my safety and the safety of others. Sometimes these measures were employed on land and other times at sea, and occasionally, in the air, while operating aircraft.

When it comes to operations at sea, mariners may travel thousands of miles in less than perfect conditions; fog and black moonless nights, basically subjecting personnel to operating as if blind-folded, with the exception of data input from surveillance and navigation equipment. Therefore all bridge personnel must have a working proficiency in the use of the tools critical for basic navigation and surveillance. Knowing who and what may be operating within your area of operations and around your position is critical for navigation as well as for security.

Some of the skills and equipment that are used at sea on ships can benefit and be used by terrestrial Preppers:

Yes, radar can be used and is effective on land and has recently become very affordable. The commercial units are very reliable and durable, and can withstand very harsh conditions. Radar systems are essentially made up of two key parts; the antenna, which transmits and receives the signals and the receiver which interprets the data and projects it onto a screen that visually displays the terrain and targets that are around your position in all directions (360 degrees). It’s a lot like a video game in the sense of what you ’see’ on the radar display screen is what the radar unit ’sees’.

The strategic advantage of utilizing radar is that unlike optical surveillance, radar can ‘see’ some targets over and beyond the horizon. And considering the cost versus benefits, the argument for the acquisition of a radar system is good, especially in light of fact that Furuno has quality radar systems (16-mile range) for about $1,800.00.

Most marine-grade (very robust) radar units will operate on 12 volts D.C. This makes installation and operation relatively easy using some solar panels and a set of deep-cycle batteries, making the entire system a totally self-contained, stand-alone system. Like most electronics, the system is potentially vulnerable to EMP or CME exposure, so keen situational awareness must be employed whenever the unit is in the open.

One operational methodology is to have the entire system pre-wired, but the antenna and receiver units remain stored and housed in a Faraday Cage until the time you are on-site (post disaster), at which point the system would need to be made operational. And by having all the wiring in place ahead of time, the installation of the antenna and receiver could be achieved very quickly, bringing the system online fast.

Some Preppers have shelters or bunker setups or live at locations in rural or remote areas for reasons of security. In the event of a disaster that displaces many people (hundreds – thousands), there is a very real security risk posed by groups or ‘hoards’ of desperate (potentially armed) survivors approaching and discovering the location of your facility. Having an advanced warning of their oncoming approach can provide a critically important window of time that will allow personnel to employ counter-surveillance measures and to also prepare to deal with those potentially hostile aggressors.

Radar units are rated by their maximum useful range; so a 20-mile radar unit can see some targets (moving or stationary) at the maximum range of 20 miles. And as you move closer to the radar transmitter, the resolution becomes better, meaning it can ‘see’ smaller targets better. Radars work best in areas that are clear of obstructions that can hide or obstruct the ‘view’ of nearby ‘targets’ (people or vehicles). Radars can be set to scan just a certain sector, or the entire 360 degrees of arc around a position. So if you have a long road that is relative free of obstructions, you can ‘point’ the radar down that road (have it scan that sector) and if anything comes down the road, the radar will ‘see’ it coming, potentially from miles away.  Again, what you can ‘see’ and how far you can ‘see’ with radar is greatly affected by the power of the unit. Therefore I recommend a unit that is rated at 15-miles or more.

Radars can also ‘see’ oncoming weather out to its maximum operating range. Things like heavy rain squalls, hail and associated dangerous conditions such as tornadoes can be ‘seen’ on the radar display. Onboard ships at sea, and aircraft in the air when flying, I have used radar for adverse weather avoidance. And by changing course, you can navigate around any adverse weather. In the case of a fixed location, by ‘seeing’ the adverse weather approaching from 15-30 miles out, you would have enough time to secure your operations and move personnel to safe locations before the weather arrives at your location.

Another example of the capabilities of a basic radar system: In open areas within a mile in range (for an area 360 degrees around your position), a quality system can detect and track the movements of personnel walking, even if they have infrared countermeasures employed (defeats IR scopes). And by having the perimeter alarm set, the radar will automatically sound an alarm once a target comes inside that pre-set distance.

Most radar systems have a host of interesting options, such as a ‘perimeter alarm ring’ that can be set to a certain range (in miles) and if a target moves inside a preset distance from the radar unit and audible alarm will sound. The units come with a plug for an external alarm that could easily be a loud horn or siren mounted on wall outside or inside a building.

Radar is most useful for seeing approaching vehicles because metal objects provide the best reflective target and resolution. However, animals and humans can be seen as well at closer ranges, and depending on the system, usually inside one-mile.

The application of any terrestrial based radar system would be optimized if the antenna is mounted on the top of a building, or a pole (like a telephone pole, or a tree that has been topped), with a clear view as far around the antenna as possible. As I have mentioned, you can also essentially point the radar and have it scan a particular sector that may pose the greatest risk, or is the only approach into an area.

You can enhance the capabilities of your radar system in conjunction with your field operatives by equipping them with radar transponders, which will clearly identify your personnel from other targets on the radar, many miles away. Commercially available Automatic Identification Systems (‘AIS’) systems are now much more affordable (about $500 USD) and compact.

Furuno is in my opinion the most trusted name in radar systems. If you go down to any fishing port, you will note that most of the commercial fishing vessels use Furuno Radar systems (you can see the name on the radar antennae). Here is a link to the Furuno radar product line.

Of course the utilization of optical surveillance systems/equipment for Prepper purposes makes a lot of sense, and given price point for this equipment the argument is compelling.

Optical systems include; binoculars, spotting scopes and infrared and night-vision optics, each system having its own strengths and weaknesses:

* Quality binoculars are a must for any Prepper and will prove valuable on a daily basis. At sea while underway we use binoculars almost hourly. Don’t buy cheap binoculars, it’s a mistake. Stick with the major brands: I happen to like Fujinon and Nikon brand binoculars. Some are available with a lighted compass and ranging scales. The larger body binoculars which have larger lenses can collect more light and will work much better in low-light conditions where there is some light in the sky (moonlight) allowing you to see objects (once your eyes are adjusted to darkness). Compact binoculars are nice because they are lighter and easy to carry but don’t provide the benefits of use in lower light conditions of the larger framed binoculars, so there is an important trade off. Of course when there’s no moonlight or ambient light from artificial sources, normal binoculars are useless.

*Infrared vision scopes and binoculars utilize thermography (the differential temperatures of objects) to detail and define objects. Infrared has the advantage of seeing any heat emitting object or animals/people in total darkness and well as in minimally dark environments. Infrared also can detect objects (people) behind camouflage in many cases. Infrared is defeated if an area around a heat signature is also heated so that there is no differential that can be registered.

I have attached a couple of excellent documents (PDFs) which you can download here at no cost: