If You See Something, Do Something 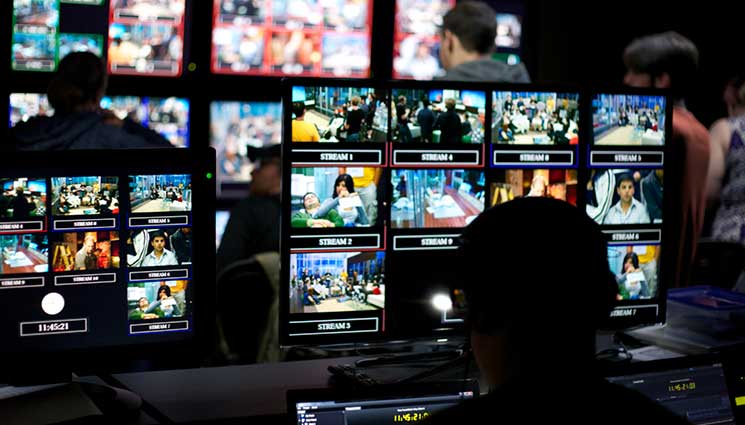 By now you have heard of the Department of Homeland Security’s program of counter-terrorism called “If You See Something, Say Something”. The premise of this program is for all citizens to pay attention to suspicious characters or circumstances and if they witness something that seems odd, they should notify an authority immediately. This message has been rolled out to WalMarts, sporting events and radio announcements. It may already be on the covers of milk cartons too for all I know.

What is wrong with that?

Don’t we all need to be mindful of our surroundings? Isn’t it important to maintain Situational Awareness to be prepared for action immediately if faced with any emergency? Yes of course we should be vigilant when out in public. Everyone should be aware of your surroundings, and to a Prepper, there is no more logical embodiment of the word “prepared” than to be ready and able to act when the time calls for it. In order to be ready, it helps to have a level of awareness (See Something) and be prepared with either the skills or equipment to deal with (Do Something) or survive  as best as possible any event that we find ourselves in. It is harder to anticipate events if you aren’t paying attention.

What message does this send?

The problem I have with this DHS message on its face is the implication that government is going to take care of you. This is yet another reinforcement of the idea that you are incapable of dealing with any situation on your own and therefore, the easiest and most proper thing you can do is call a cop, or TSA agent, DHS agent, fireman, milkman, and postman, FBI or the Baker in your town. Unless you are institutionally naive, you know that time and time again, the government has proven beyond a shadow of a doubt that when it comes to “taking care of people” they are the last people you want to call. No, you don’t think the government does a bad job? OK, you must have forgotten about the Veterans Administration, Hurricane Katrina, Hurricane Sandy, any terror event in the last 20 years, the economy…

The message is also one of “there is danger everywhere” when this is not the case at all. The overwhelming majorities of people are good, honest and aren’t committing a crime every time they turn around; at least not now while we are in a grid-up situation almost normal mode. By repeating over and over again in all sorts of media, DHS is conditioning people to a) get used to government broadcasting messages “for your safety” and b) their involvement in our lives as a safeguard against bad guys.

What behavior does this reinforce?

By listening to this message and accepting the premise that there are terrorists all over your neighborhood, lurking in your bushes, and that the only thing that can get rid of them is the government, we are slowly allowing more government control over our lives. Don’t believe me? Look at the security and privacy ramifications after 9/11. First we had increased airport security, then the Patriot act, and then naked body scanners and invasive pat-downs came in an effort to keep us safe. None of those methods stopped one single terrorist. So, we escalated to warrant-less wiretapping and NSA monitoring all of our emails and web traffic. Still not good enough, so we get drones and indefinite detention and the government saying they have the right to kill Americans without any trial. The sad thing is that I haven’t included one tenth of what they have actually implemented. I would call it a slippery slope, but it’s more like a Black Diamond run in Colorado.

What should we be doing?

For starters, we need to start looking at ourselves as the solution to our problems. Police forces around the country after budget cut-backs have announced that you are on your own. Police in Chicago have even gone so far as to say, don’t call them for “minor crimes”. You have to rely on yourself and your family. If you see something that looks suspicious, go up to the person and talk to them. Do Something, don’t just tell somebody. What if the people on Flight 94 would have sat on their hands and not done anything in response to the terrorists? Who knows how many other people would have died that day.

The illusion that government will take care of you will cause more harm than good. Rather than running to them with your troubles, Do Something yourself and stop relying on them to keep you safe, or fed, or healthy, or in a house. You must take care of yourself.

One thing you missed about the “See Something, Say Something” campaign. In addition to pointing people to government as a first resort to their concerns, it also seems faintly reminiscent of the atmosphere in totalitarian countries. Whether Communist, Socialist, Fascist, or Nazi, all of these regimes encouraged people to “report” to government. It very quickly lead to the breakdown of the societal structure. Where no one trusted anyone and neighbor watched neighbor for evidence of being a potential threat. There’s an article on theBlaze.com this week reporting just such an event. A man posted a picture on Facebook of his… Read more »

Couldn’t have said it better myself. Thanks Larry!

Right on Larry you hit the nail right down on the head I couldn’t agree with you more. That’s why am leaving the state that I live in now. It’s atrocious for for what you just said they won’t let you have the means or give me the right to help get the by/have the means to defend myself so I want to stink like where I live Massachusetts and fortunately the city of Boston Road by two people that have gone she has a criminals and the police/ establishment as I call them/it. So therefore rather I like it… Read more »