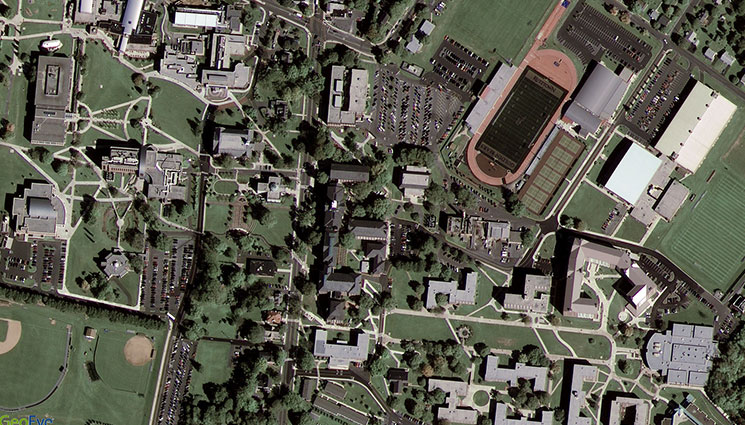 Whenever I read through posts and articles on the Internet, I am surprised to see that many people don’t seem to realize or understand that the paradigm of civilian OPSEC is dead…

So what do I mean by that?

Let’s examine a family that is acquiring a bunker, for instance, which they intend to have buried in a semi-remote location. Let’s assume they have acquired a small piece of land off the grid somewhere and that location is where the bunker will be buried in the ground.

The logistics of building the bunker involve money changing hands (credit cards, checks, etc.) so there are many records that document the delivery and ownership of the bunker. Then you have the delivery crew and the men who install the bunker, all of whom have personal knowledge of the bunker’s location.

Of course, as the massive bunker is traveling down some road on its way to its final resting place, people and neighbors located along that road will see it pass-by, and assuming it’s going to a remote location, a sight such as that will be sensational to the few inhabitants of any remote area. All of these people communicate with other people, and word will spread, whether you like it or not.

Most people today have cell phones with cameras, and they take all kinds of pictures with those cameras…maybe even a picture of your bunker (or some other sensitive intel). All of those pictures are easily accessed by many Gov. agencies, and on top of that, because most cell phones have GPS tracking integrated, the exact geographical location of where each photo was taken is associated to the photo.

Who else might be watching or listening? Who knows, could be anyone these days…how about this!

And I could go on, and on…with numerous more examples.

In areas where there are zoning ordinances, you must apply for permits before you can bury anything in the ground. Inspectors from the local regulatory agencies will show up to take a look, and even if everything is legit, they talk and have friends who may also hear about your plans.

You can’t get all of these ancillary observers to the event (transportation and installation of the bunker) to sign a non-disclosure agreement. And even people, who sign these agreements, sometimes spill the beans. In the event of any serious disaster, one or two of these people might even be in a position to make it to your bunker?

Let’s assume that you are building your own backyard bunker, and using the ‘Great Escape’ method for hiding and relocating the dirt that you are removing from your backyard so that the neighbors and zoning guys won’t realize what you’re up to. And maybe in this example your kids accidentally slip-up and mention the bunker or the dirt issues, etc? OSPEC deteriorates over time and people (especially children) can and do slip-up and sometimes unintentionally mention something that arouses the curiosity of the neighbors or their children and then it’s not long before the Cat is out of the bag.

Of course the neighbors have friends and it’s not long before they are in the informational loop as well. And of course everyone uses the telephones and Internet to communicate everything from business information and transactions to idle gossip…. ‘yea our neighbors are building a shelter in the backyard’.

John and Mike are on the telephone (cell phones) talking about their preps, and of course, their exact geographic locations are known. Maybe they mention the guns they have (‘gun’ is a keyword), or the fact that one of them has a bunker (‘bunker’ is a keyword) and so forth. Of course the entire conversation is being monitored and analyzed using keyword algorithms on a super-computer in real-time, and the data is then complied and allocated into the files on John and Mike (in real-time), adding to all the other information in those files. Sounds like Sci-Fi?  It’s not!

Enter the NARUS super-computers used by many agencies: http://www.privacysos.org/technologies_of_control/naurus

Sadly the real terrorists are winning… they now have us (American’s) looking are each other…. like a witch-hunt!

Certainly there is value in obtaining intel that precludes any terrorist attack. And if we loose some portion of our privacy to prevent such attacks, that trade-off may be worth it, but that’s a separate debate, and not the point of this article. The point is however, you really have little of no OPSEC, modern technology is reducing that tactic into obsolescence. (Note; I am not suggesting that OSPEC tactics are ineffective against everyone; the tactic may have some value against low-tech threats, such as local burglars, etc.)

But that’s not even the full extent of surveillance on private citizens… NSA also has it’s own super-computer that‘s on steroids!

Here’s the funny part that makes me laugh when I hear Preppers talking ‘OPSEC’ … here we have the world’s most secretive hi-tech agency, the NSA, engaged in the classified, top-secret operation of building, installation and operation of it’s ‘top-secret’ (OPSEC) super-computer facility… and even WIRED MAGAZINE knows all about it!!!

So how much more secretive are your operations over those of NSA? If you’re actually better than they are at OPSEC, maybe you should consider a $100K/yr. job with them?

Of course then we have manned-aircraft, Drones and Satellites overhead that have a multitude of surveillance technologies onboard enabling them to hear what you say and read the 12 point typed text on a piece of paper in your hand.

Numerous non-Governmental agencies have similar less sophisticated technologies that are nonetheless, more than up to the task of hearing and seeing almost everything you say and do inside your home, in your car, in your backyard, in the mountains, on the phone and on the Internet. The movie the ‘Minority Report’ is no longer just Sci-Fi either… a similar technology is already being used today:

For instance, if you bury a bunker, it can be seen using IR thermography technology that is now ubiquitous overhead in our skies.

Applying logic and thinking in terms of simply being an informed American Citizen who just wants to stay alive in the event of some natural or man-caused disaster, what is a reasonable approach in light of the realities today?

In my opinion, the bottom-line is this:

There are really just two choices:

For those people/Preppers who are unwilling to plan ahead to relocate away from harm (risks and post-event conflict) prior-to or just after a disaster, and who instead intend to remain sheltered in-place, those people must promote prepping to ‘everyone’ around them. In a serious disaster, the people who are not properly prepared and who become desperate post-event survivors (the ‘Un-Prepped’, as I call them) will pose the greatest problems and risks for any remaining authorities (crime, looting, etc) as well as to those people who have prepared and cannot realistically be expected to feed and/or care for dozens, let alone thousands of desperate people, who are likely to be violent.

If the Government would get-behind Preppers in advising people to maintain reasonable amounts of Preps (more than FEMA’s ridiculous ‘3 days of food and water’), then the numbers of Un-Prepped people in any post-disaster scenario will be significantly reduced, thus reducing the risks for average Americans who are just trying to survive. This would also minimize the problems for authorities who are faced with the monumental tasks and risks of dealing with millions of desperate Un-Prepped people, post-disaster.

Just look at Hurricanes Sandy and Katrina and it all becomes so evident… FEMA’s recommendations for Americans to maintain of “3-days of food and water” per-person is just wrong, and that recommendation must be immediately modified to reflect the needs as seen in real-life situations!  Four-weeks worth of food and water per-person is in my opinion the absolute minimum!

Preppers need to support each other and support the efforts of anyone (including TV shows) trying to normalize the Prepping trend. Preppers must reach-out to their representatives and local agencies using all forms of communications and make this argument, now, while there is still a chance to make a difference!

Preppers are ordinary everyday Americans, looking to protect themselves, their families and their American lifestyles. They are not ‘domestic terrorists’ simply because they have done the math, and see that FEMA’s guidelines are just obtuse.

Short of this happening (a general conversion of Americans to a ‘Prepared’ mode), given the current risks posed to everyone (Government included) by The ‘Un-Prepped’ (desperate post-disaster survivors), the only other effective option for survival is Plan B;

Plan ahead and adopt a survival paradigm that will relocate you, your family and friends (if possible) to a safe location, far beyond the reach of the ‘Un-Prepped’.

My book, ‘The Nautical Prepper’ (Ulysses Press) details one such paradigm, which has been proven.

In the end, the odds of your survival in any disaster and during any long-term post-disaster scenario are in your own hands. Making an informed decision now, can make the difference between life and death.

Hi Jason: We’ll; I think we are mincing words here…Here is a definition from ‘OSPEC Professionals’: ( http://www.opsecprofessionals.org/terms.html#o ) ‘OSPEC’, SEE ‘Operations Security’: 1. A systematic, proven process by which a government, organization, or individual can identify, control, and protect generally unclassified information about an operation/activity and, thus, deny or mitigate an adversary’s/competitor’s ability to compromise or interrupt said operation/activity (NSC 1988). 2. OPSEC is a process of identifying critical information and subsequently analyzing friendly actions attendant to military operations and other activities to (a) identify those actions that can be observed by adversary intelligence systems, (b) determine indicators adversary… Read more »

Aye, Cap’n! Congratulations and thanks for another good ‘un. I couldn’t help but think, as I read your final comments about Preppers not being the “fringe kooks” and “wild eyed fanatic gun nuts” that most people seem to imagine whenever the topic is mentioned, that my grandparents would be considered “Preppers” of a sort. I spent most of my life growing up with my grandparents on the family farm. Having gone through the depression, “prepping” was a way of life for them. We grew (or raised) much of our own food, and every late summer/fall found my grandmother busily canning… Read more »

Hi Larry! Thanks! I appreciate it when I get intelligent feedback, and it’s folks like you, who keep authors like me writing in the hope that folks will not necessarily agree, but will instead sit-up, take notice and start a discussion. As I like to say, some people are, as we do, ‘living the preps’ and as you so correctly point-out, the Amish and Mennonites are very-well equipped to handle various disaster scenarios. Cheers! Capt. Bill ‘The Nautical Prepper’