Importance of Survival Sanitation after SHTF 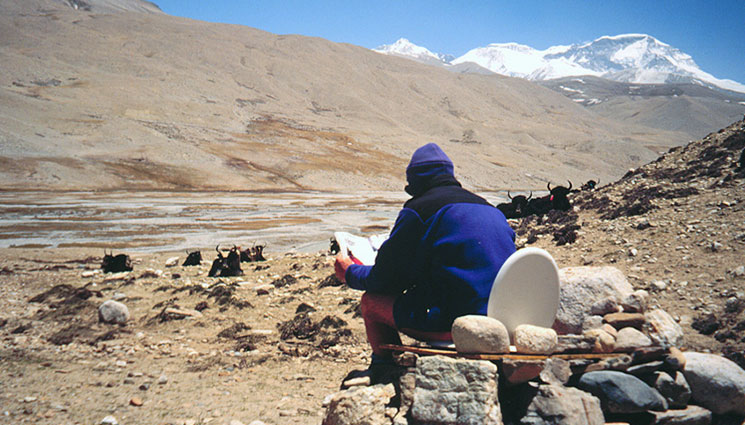 In thinking about preparing your family for survival after a disaster or emergency situation you can’t forget to consider their health. Your family’s health is affected by so much more than having adequate stores of food. Having the best gun for self-defense is great and important, but what if someone in your group comes down with an illness that could have been easily prevented with a proper survival sanitation plan?  What if the killer that attacks you is a sinister little microorganism you never saw coming?

Of course, the health impacts vary with the event that caused the disaster. Flooding and Hurricanes would produce different health issues than a winter storm that knocked out the power. The subject of health though is always one that should be in your short-term plans for SHTF. After you have your Beans Bullets and Band-Aids squared away, your focus should be on the health of your prepper group fairly soon. For the purposes of this article, I will focus on two major disciplines of Survival Sanitation and Hygiene. The first post will be on Sanitation and I will cover Hygiene in an upcoming post.

What is Survival Sanitation?

And how is survival sanitation different if we are talking about some disaster? Let’s just make this simple and say that the importance of sanitation has everything to do with getting rid of waste. In a grid-up scenario, most of us have access to a lot of systems to take care of sanitation for us. We have running water, toilets, and garbage pick-up or landfills. If you don’t have any of those, you probably wouldn’t be on the internet reading this. Those systems do a pretty nice job of getting trash and our waste far away from us and that is important. Without Sanitation, diseases quickly spread.

For example, after the 2010 earthquake in Hati, More than half a million people became ill with Cholera. That disease quickly spread into neighboring countries it was so bad. Cholera is a water-borne disease. In Haiti, where most people lacked public sewage systems or sanitary latrines after the disaster, people often drink from the same water source they use to bathe and defecate. People ill with cholera develop severe diarrhea and, without immediate treatment, can become dehydrated. The rapid dehydration can cause shock, which can lead to death.

How can we prevent that from happening to us or our families? Several ways, but one primary concern is to make sure our waste isn’t contaminating our drinking water. To do that, we can ensure we have a method to filter our water, but more importantly, we have to have a plan for taking care of good old number 2.

The average human produces two to three pints of urine and one pound of feces every day. If you have a family of four, or a group of twenty, that adds up quickly. Whatever the solution for removing waste we have to ensure that it will not contaminate any water supplies. A good rule of thumb is to bury waste at least 150 away from the nearest water source.

So what does that mean for the average suburban family? It means your survival sanitation plan has to work for you as well as your neighbors so you don’t make them sick. Conversely, they should be doing the same thing. One problem may be that many people don’t consider the problems associated with waste after a SHTF event. They might just be content with getting it out of their homes.

150 feet away from both water and other people may be hard to accomplish when so many homes now have about 6 feet of yard, so a community plan may be necessary so that the survival sanitation plan can be implemented consistently.

Here are a few different options preppers can use for getting that waste safely out-of-the-way.

Use it if it works – Toilet Options for Sanitation

As long as the septic lines aren’t clogged or backed up, you can still use your toilet to take care of waste. This is actually the easiest survival sanitation plan to implement. Actually, if you have a septic tank, you could conceivably use this in a grid-down scenario forever. Your toilet just needs water to flush everything down and that is a major reason people fill up bathtubs before a hurricane.

The water isn’t so much for drinking, although you could drink it since it came out of the tap (I know what is in my tub so I wouldn’t without a good filter) but you can easily use this water to flush your toilet. Simply take a gallon bucket filled with water and pour it into the bowl when you are done. Gravity will do the rest. Assuming there is a radio after the disaster you can listen and see if the sewer lines are still functioning and this is only an option if the water is not an issue.

If you have ever been camping in the woods and used the bathroom by squatting you will appreciate that even having a bucket to sit on can make a world of difference. Sure, squatting will work in a pinch (no pun intended) but I am used to sitting on the throne and the next best thing would be sitting on something. Anything! Is better as opposed to squatting. That’s just me. A five-gallon bucket only needs a proper toilet seat and you are in business. You can take the seat off your existing toilet and there are even kits pre-made with the lid that fits perfectly on your bucket without slipping. While this makes the act seem more like the good old days of your trusty porcelain friend, they do need to be cleaned out. Having dirt or sawdust to cover over the feces will reduce smell and flies and make it so you don’t have to clean as often.

Pro tip! – If you don’t have a spare toilet seat, You can cut a slit lengthwise down a pool noodle, wrap it over the edges of the bucket and it makes a decent pad for your rear end.

Another camping favorite for when we have a bigger group and a chair. The cat hole is most easily dug with a post-hole digger and you want to make it as deep as possible without getting into your water table.

The process would be to dig the hole and fill it in with dirt after it becomes about 1/2 full of waste. Once the hole is dug, you can set a chair with a hole in it over the hole, hence the post hole digger since this will make a hole just big enough to drop the important stuff down, but your chair will still fit over it.

This process would be repeated often if you had a large group. Don’t have a chair, just take one that you have and cut a hole in it or put your woodworking skills to use and make a box with a hole and mount your toilet seat over the hole.

This would be for larger groups who plan to cover the trench with more permanent toilet facilities. If you are ready for this option, you seem to have sanitation or at least a crew to dig a large trench covered.

Ah, the subject of so many blog posts and forum threads. Do you have enough toilet paper stored? What will you do when you run out of paper? It will happen eventually, actually, it happened faster than I imagined with Corona. When it is finally all gone or you are unable to get your hands on it, you may be forced to get back to nature… Some items I have thought of are old phone books or catalogs. We’d be covered for a year on just the holiday junk mail catalogs alone. Some other preppers recommend a water sprayer which might work, but I haven’t tried that.

What trash will you have after the SHTF? I can think of lots of trash accumulating in the near term after a disaster and most people will fill up the large hefty bags and sit them on the corner or by the street. If the garbage services are no longer running, burning your trash would be the only viable option to reduce the risk of disease.

I would be careful to salvage items that may come in use later which if you think about it could be almost anything. Glass or plastic containers that could be used to store water wouldn’t go into the recycling bin anymore. Tin or aluminum cans could also be re-purposed. I can see paper getting burned in the fire, but that may be something to save for the bathroom…

If you have other ideas or tips on sanitation, let us know in the comments. I look forward to hearing from you.

The mullein weed (which is also a really beautiful plant) has been called “cowboy’s toilet paper”. It has large, softly fuzzy leaves, and would be quite suitable in the longer term.

prepperjournal
Reply to  Lee in Iowa

Yes, I hadn’t heard of this plant but I looked it up and in addition to being great TP when you need it, the mullein weed has so many other healthy uses. According to the Natural News site mullein:

*has a calming effect and can be used as a sleep aid.
*relieves migraine pain.
*supports proper functioning of the thyroid gland.

zGt1 Last years i have been REALLY down on cash and debits were eating me from all sides! that was RIGHT UNTIL i learned to generate money.. on the INTERNET! I visited surveymoneymaker period net, and started filling in surveys for money, and surely i have been greatly more able to get around financialy!! I am happy I did this.. – JSRv

Compost is a survival skill. If you save usable items and compost food waste, even in regular times you just generate a small quantity of plastic film that is very had to avoid.

Family cloth (washable and reusable) for if the toilet paper runs out.. I also keep a dozen feminine cloth pads and a dozen cloth diapers for just in case. A big bucket, lots of vinegar (for soaking), sunlight soap bars (easier to store then huge bottles of laundry detergent), an old pot (if you have a woodstove) and a cloths line are great to have for washing these items in a grid down situation. I knew a lady in her late 80s who was still washing her under-garments in an old fashion way. She would soak them in a big… Read more »

As for garbage, we currently have a garbage man but in the event of a grid down, we would compost food scraps for our garden, save bottles and jars and anything else we could re use and then burn the rest in our burn pit. (We live in the country)