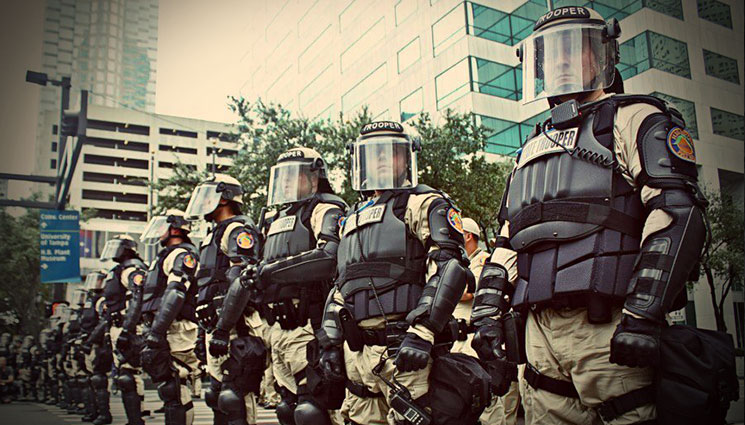 Politicians in Olympia Washington (or the individuals who are writing the bills they are not reading) appear to have finally laid their cards on the table with a resounding “Up Yours!”. They are now unabashedly trying to jump on the face of liberty with a pair of muddy steel toe boots and stomp around for good measure.

One of the latest efforts by the lawmakers in Olympia, Washington this session is Senate Bill 5737 and it calls for the sheriff to inspect the homes of assault-weapon owners. “That’s impossible” you say. “There is no way they would actually put that in a bill.” This is America after all isn’t it? Well, if this legislation passes you can forget any pretense of liberty or freedom in Washington state. Its gone completely if laws such as this are passed and once it is legal in Washington state, can you imagine how long it would take to grow into other states?

We thought the drones in the skies over our houses were bad, but when they actually have the legal right to come into your house and root around just to verify you aren’t a criminal, this I think could be the proverbial straw. The Seattle times reported in an article this weekend:

As Orwellian as that sounds, it isn’t hypothetical. The notion of police home inspections was introduced in a bill last week in Olympia.

“They always say, we’ll never go house to house to take your guns away. But then you see this, and you have to wonder.”

Responding to the Newtown school massacre, the bill would ban the sale of semi-automatic weapons that use detachable ammunition magazines. Clips that contain more than 10 rounds would be illegal.

But then, with respect to the thousands of weapons like that already owned by Washington residents, the bill says this:

“In order to continue to possess an assault weapon that was legally possessed on the effective date of this section, the person possessing shall … safely and securely store the assault weapon. The sheriff of the county may, no more than once per year, conduct an inspection to ensure compliance with this subsection.”

In other words, come into homes without a warrant to poke around. Failure to comply could get you up to a year in jail.

This is shocking but I am not sure why am I surprised. We have seen this coming  but to see this in print is something else. Its similar I would imagine to knowing the doctor is going to tell you that you have cancer but when you hear how long you actually have to live, it still hits you like a ton of bricks.

One of the signers of this bill Sen. Adam Kline, D-Seattle,  said he did not know the bill authorized police searches because he had not read it closely before signing on.

“I made a mistake,” Kline said. “I frankly should have vetted this more closely.”

Yes sir you did make a mistake. I hope it is one that the people who voted for you remedy when you are up for election.