What If You Don’t Make It Home? 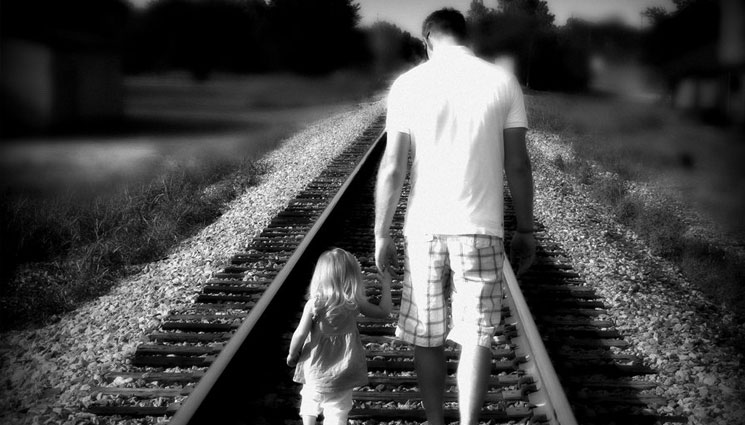 Those words pop into my head almost daily. It’s usually on mornings as I head out of my door after kissing my wife and kids goodbye for the day. As I lock the door behind me I glance around the corner to make sure someone isn’t waiting for me. No, I don’t live in a “bad neighborhood” and I am just as likely to find a unicorn with a leprechaun on her back waiting for me in my driveway as someone with criminal intent, but I do wonder what would happen to my family if I did not come home that night.

It isn’t like I am never gone from home either. I go on hunting trips and business trips that take me away from home. It isn’t paranoia and I don’t lock myself in the house with a shotgun in one hand and my family hunkered down in the closets with blankets over their heads. Nothing bad has happened to anyone in my family thank God so it isn’t like I am suffering from the memories of a horrible event but my family is my number one responsibility. If I am not there, who will take care of them and protect them?

Perhaps it was the story yesterday of a Miami man, Maurice Harris who was killed as he tried to protect his 11-year-old daughter that prompted me to write this post. According to WSVN-TV two men broke into Harris’ home, held his wife of 16 years on the floor at gunpoint and demanded Harris to give them money. “Money, we want money.”  Is what the intruders were yelling said Harris’ wife Shakila Stewart.

After Mr. Harris told the two intruders that he didn’t have any money, the men started to walk towards his 11-year-old daughter’s bedroom. It was at this point that Mr. Harris did what any father would think of doing, but few would. He got up and struggled with the armed suspects to keep him out of his daughter’s room. His first thought must have been protecting his baby girl.

During the struggle, Mr. Harris was shot. The report doesn’t say what the intruders did at that point, but I am assuming they left Mr. Harris on the floor bleeding with his wife and daughter scared and crying, and ran out. Mr. Harris was transported to Jackson Memorial Hospital where he later died.

Here is a father doing what I think any red-blooded father would do and that is laying down his life for his family. I feel a deep responsibility for my family and the weight of this man’s sacrifice touches me on a personal level probably because I too have a wife and daughters. I pray he is in heaven now and that his family is comforted in this time of loss.

This news article does make me think of my family’s safety and it isn’t just when I go away, but when we are home too. I am never far away from a firearm, but what if I was unable to get to protection and something like this happened to me. What if I was killed trying to protect my family? What if I died on the road somewhere due to a freak accident? What would my family face after I was gone? What if one night, I didn’t walk back through my front door to kiss my wife and daughters hello?

This is not intended to make anyone sad or fearful for your safety in your home or anywhere, but it reminds me to make sure I have a plan for my family if for some reason I can no longer be the guy who would struggle with the low-life dirt bag bent on destruction. I want to do everything possible now and in the event that I am not here to equip my family with information and knowledge they need if I can’t be there. If nothing else this strengthens my resolve and sharpens my motivation to prepare myself and my family. You never know what situation you may face or when it will be your time to go.