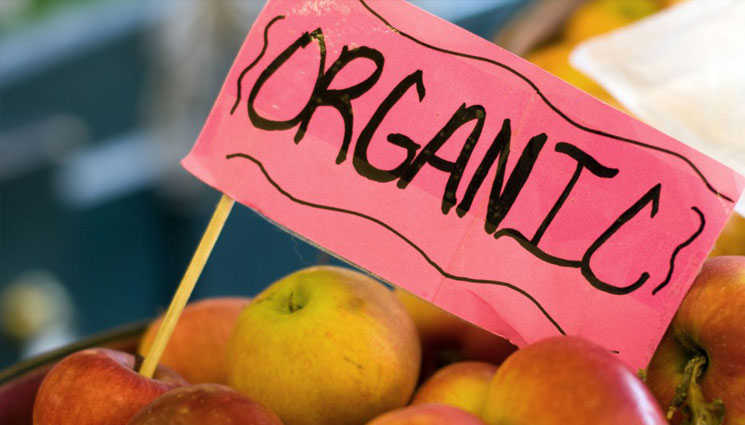 We have all heard the story about the poor kids whose lemonade stand was shut down by local government.  Late night comedians joked about it, news programs didn’t quite know what to do with it, but covered it because the story was unique.  I am certain those kids are probably in therapy right now and will grow up to be on government assistance because that is the only way to earn a decent living anymore.

The other day the parents of children on an athletic team my children are a part of were brainstorming for fundraising ideas.  One particularly perky mom suggested that they sell baked goods at a tournament.  Another equally perky mom and several others in-the-know jumped up with wide eyes and panicked expressions and exclaimed that it could be shut down and the team fined because of stricter regulations on food.   My jaw dropped as I sat and watched them wring their hands over whether or not they could get away with selling hot coffee and bottled water.  If someone would have peered in the window they would have suspected that this group was planning the biggest bank heist in history by the nervous ticks and worried sideways looks.

Our family has always stored up food for all the typical emergency situations: storms, economic collapse, loss of job, and because we like to eat so stacked food is very pleasing to our eyes.  But I never considered that we should have extra food because we WON’T BE ABLE TO BUY IT ANYMORE!

Since this caught my attention, I have been storing up little tidbits that I hear on the radio, read in the paper or online, or simply overhear because I am nosey.  I put them in the back of my mind for recall later.  Ask my husband, I am excellent at this.  Take for instance, organic farming.  I talked with a couple who tried to have their crops certified organic and they gave up over time because of the expense and stringent requirements placed on “organic” foods.  Such farmers are expected to pay about $1,000 per year for certification fees, paperwork, inspectors and certified organic seeds. When did the mafia switch gears and go into the organic industry?

Then there is “certified sustainable”. I had heard the phrase somewhere so of course, whenever I went to the market I would scan for the seafood with this certification because all other seafood would probably kill or disfigure my family somehow.  I would stroll cluelessly to the checkout (flashing my seafood label like it was a Gucci handbag) and know that I would sleep better that night. Truth be told, I had no idea what “sustainable seafood” really meant until recently. I read an article on NPR and my eyes were opened.

That’s one reason why many environmentalists who supported the MSC in the past say you might be troubled to know what the MSC and supermarkets like Whole Foods are not telling you:

“We would prefer they didn’t use the word sustainable,” says Gerry Leape, an oceans specialist at the Pew Environment Group, one of the major foundations working on oceans policies. Leape has supported the MSC for more than a decade as a member of its advisory Stakeholder Council.

But he and other critics say that the MSC system has been certifying some fisheries despite evidence that the target fish are in trouble, or that the fishing industry is harming the environment. And critics say the MSC system has certified other fisheries as sustainable even though there is not enough evidence to know how they are affecting the environment.

When a customer sees the MSC’s sustainable label at the supermarket, “the consumer looks at the fish and says, ‘Oh, it has the label on it, it must be sustainable,’ ” Leape says. “And in some fisheries that the MSC has certified, that’s not necessarily the case.”

In plain English, the Marine Stewardship Council (MSC) will put a label on seafood that fits into its “global vision”.  They were worried that fisherman were either over-fishing or killing other sea creatures such as dolphins, turtles, and sharks when they were caught accidentally.  But MSC was going bankrupt.  They are a non-profit that sustains themselves on licensing fees.  Sound familiar?  However, they couldn’t carve out a living (I thought they were a non-profit) so they joined with large corporations.  Then they struck gold when they were able to partner with Walmart, Target, Kroger, and Costco.  But before this fairytale ends, MSC has a problem, a good problem.  There is so much more demand for their flashy label that they seem to have lowered their standards to meet the ever growing need for sustainable fish.  Surprise, surprise, your fish now has a trendy label, but it probably doesn’t mean squat.   Of course, this means congress will have to intervene because environmentalists are irritated. And if there is a way for our government to tack on a fee or tax on anything that people need, like food, they will find it.

Why, as consumers do we need so much intervention and protection? Cool Whip has the same chemical components as antifreeze and as a kid I ate a worm on a dare.  I had a friend who took Tootsie Roll candies, chewed them up until they were pliable, formed them into balls, stuck them on paper doilies and sold them to women at her mother’s beauty shop.

In conclusion, I can only suggest that more people garden, store their own food, stock up on what you can now because the government, environmentalists, and certification fees are going to  drive our food costs up and make it extremely difficult to purchase locally.   In other words, buy guns and hunt deer, birds, rabbits, and whatever you can…but only if it has a label.