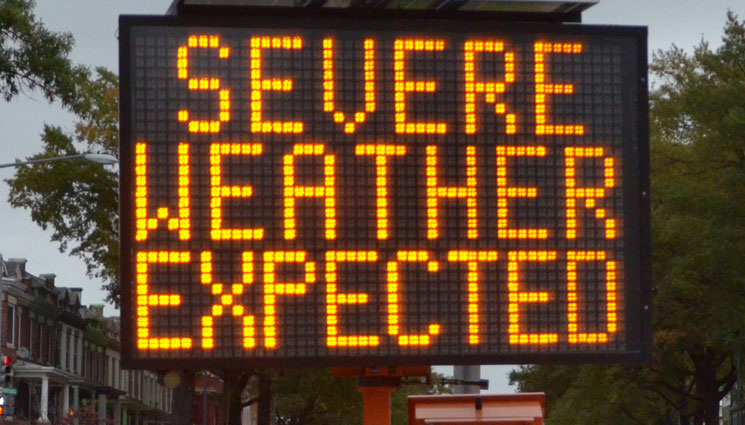 As I read the news about the snow and mayhem in the northern part of the country this past week, I had to shake my head. The most recent storm was dubbed “Nemo” by the Weather Channel. I can’t figure out if they were trying to come up with something cute, or they really couldn’t pull anyone else whose name started with an “N” out of the air. Why not Napoleon? That would have been scary. Why are they naming a blizzard after a Disney character? OK, if we are going to name a winter storm after a Disney character, what about Snow White? I think someone missed a great opportunity with that one. Perhaps next year.

The governor of New York, Andrew Cuomo had declared a State of Emergency on February 8th and was even nice enough to tweet that out to everyone. You can follow the Gov to gain these timely nuggets of information via Twitter @NYGovCuomo. This was done “In preparation for the loads of snow” they were about to receive for the blizzard. Flights were cancelled and a lot of activities were called off.

Aren’t northerners supposed to be prepared for the snow already?

What is the reason for a Constant State of Emergency

You know growing up I heard people say things like “what’s a little snow?” and “you closed school for 1 inch of snow?”  I have always been led to believe that people in the North were used to snow and they “knew how to drive” in the snow, had snow blowers, snow tires,  snowmobiles and lots of warm clothing from LLBean, but nowadays that must be different. I guess the people in the North get freaked out by snow like the rest of the US, but I can understand this a little more if the snow is south of the Mason Dixon line.

In New Hampshire they closed the liquor stores down at 6pm in an effort to get people off the streets. How many drunks do we have driving up in New Hampshire anyway that closing the stores is going to make that big of a difference? Regardless, what else are you supposed to do if you are snowed in and don’t have to go to work? Those people should have already purchased their liquor well in advance.

It seems to me that every weather event now is turned into a State of Emergency and the rate of emergency declarations has been increasing year over year. To be fair to the people in the North, this happens in every state apparently.

Isn’t Alaska kind of an obvious place for winter storms? I mean, it snows there all of the time according to Alaska State Troopers. That would be like Florida declaring a State of Emergency if it was too sunny. Why is this an emergency? It’s an emergency because “we” want money and “we” want the government to pay for everything. I understand why states do this but I don’t agree with it.

I may not be able to change how our states and the general public at large view events such as this and the government’s role in protecting us, but I can try. I, for one, try to do everything I can to make it so that I am not a burden when bad things happen. When snow comes, I am not rushing to the store because I have plenty of food. I have already prepared for bad weather and when the time comes I may be able to help someone else out. I already have my liquor too.

It isn’t like I am some super prepared warrior or anything like that. People have been going through storms since the beginning of time and they weren’t able to declare a State of Emergency. What do you think they did back then? Do you think people sat down and cried because FEMA wasn’t around or screamed at the government to “do something?”