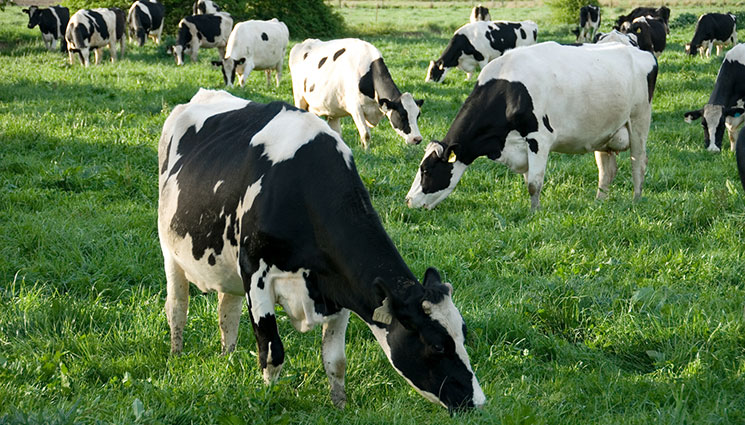 (NaturalNews) There is a reason why America’s founding fathers were willing to shed their own blood to gain independence from the crushing authoritarianism of the Crown of England. Nearly three years after first becoming a target for destruction by state and federal government agencies, Morningland Dairy of Mountain View, Missouri, has officially and forcibly been driven out of business by a rogue police state that recently confiscated, at gunpoint, most of the farm’s inventory of perfectly safe, raw cheese, which was valued at roughly $250,000.

Morningland first found itself entangled in a government-initiated war against raw food back in 2005 when undercover agents targeted Rawesome Foods, a Venice, California-based private food buying club, for the “crime” of selling wholesome food to health-conscious club members. Five years later, in 2010, armed officials from local, state, federal, and even foreign government agencies came and raided the club at gunpoint, stealing thousands of dollars’ worth of farm-fresh food products, including raw milk cheese products made by Morningland.

Not surprisingly, the government thugs responsible for stealing food from Rawesome failed to follow their own confiscation protocols when they hauled off the cheese and other refrigerated goods in room-temperature crates rather than iced coolers, possibly subjecting these products to spoilage and contamination. And instead of immediately testing the allegedly tainted products, officials took their sweet time and waited an entire week before eventually claiming that the products, including Morningland‘s cheese, were tainted with harmful bacteria.

Not long after, officials from the Missouri Milk Board (MMB) suddenly started harassing Morningland, and jointly with the U.S. Food and Drug Administration (FDA) ordered the farm to destroy 50,000 pounds of perfectly safe, raw, artisan cheese worth more than $250,000. Besides representing the farm’s entire inventory, not a single pound of this 50,000 pounds had ever tested positive for bacterial contamination. In fact, neither the MMB nor the FDA had ever tested any of the cheese for safety prior to ordering its destruction.

When Morningland‘s owners tried to reason with the officials, explaining to them that the cheese samples collected in California were not properly stored or tested during the raid, their petitions fell on deaf ears. Morningland even offered to conduct its own independent tests on cheese samples from every production batch in its inventory to prove their safety, but the MMB and the FDA ultimately refused. Now, nearly three years later, the MMB, with the help of numerous government lackeys, has forcibly removed most of Morningland‘s entire inventory of cheese, effectively putting the farm out of business.

On January 25, 2013, representatives from the MMB, as well as sheriff’s deputies from the Howell County Sheriff’s Department, came and seized more than 36 tons of perfectly good raw cheese from Morningland, enforcing the unjustified tyranny perpetrated by their superiors against a family farm that did absolutely nothing wrong. In other words, Morningland has now been officially put out of business by the same type of rogue government authoritarianism that our nation’s founding fathers shed their blood to escape.

Not only did the MMB and the FDA refuse to allow Morningland to have any legitimate safety tests conducted on its cheese, but they also obtained illegitimate court orders to have the cheese seized without admissible warrants, for the sole purpose of destroying the farm. There is no other explanation as to why a farm producing a wholesome, clean food product was targeted, persecuted, and ultimately eliminated for absolutely no reason.

Friends, family, and other supporters of Morningland were actually onsite to capture video footage of the MMB’s minions and sheriff’s deputies hauling off the cheese the day of the confiscation. You can view this indicting footage at the following link: http://www.informationliberation.com/?id=42526

While the MMB was directly responsible for actually seizing the cheese, the Howell County Sheriff’s Department made sure the illegal seizure took place without any “physical” altercations — well, other than when Howell County Sheriff’s Lieutenant Al Jones physical swiped a video camera out of the hand of Michael Evans’ cameraman as they were capturing the incident for America’s Voice Now. The entire matter is truly disturbing, and clearly illustrates the rapid decline of America into complete totalitarianism and government dictatorship.

Be sure to watch the video footage of the January 25 raid here:
http://www.informationliberation.com/?id=42526

You can also listen to a powerful interview between Michael Evans and Joe and Denise Dixon, owners of Morningland Dairy, that took place just a few days after the recent raid here:
http://youtu.be/KUoyB3b5phQ

You can also contact the Howell County Sheriff’s Department and the MMB to share your thoughts about the destruction of Morningland Dairy:

Sources for this article include: